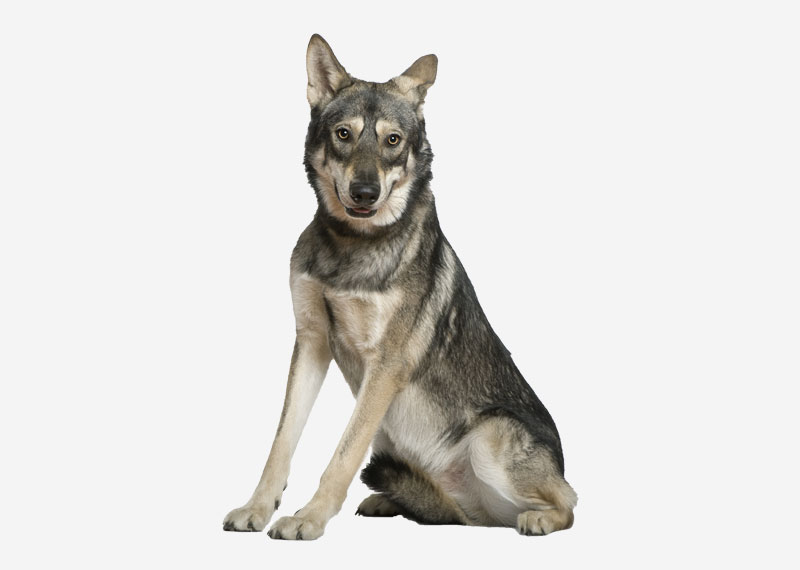 The Saarloos wolfdog (Dutch: Saarlooswolfhond) is an established breed of a wolfdog hybrid.

In 1935, Dutch breeder Leendert Saarloos (1884-1969) started cross-breeding a German Shepherd Dog male to a female European Wolf (Canis Lupus Lupus) which he obtained from the Rotterdam Zoo (Dutch: Diergaarde Blijdorp). Although he was passionate about the German Shepherd, he found most dogs to be too domesticated and wanted to breed in more natural properties in order to get better working dogs. The result wasn't entirely what Saarloos had hoped for. This breed is cautious, reserved and lacks the ferocity to attack. Until Leendert Saarloos died in 1969, he was in full control over the breeding of his "European wolfdog". The Dutch Kennel Club recognized the breed in 1975. To honour its creator they changed the name to "Saarloos Wolfdog". In 1981 the breed was recognized by the Fédération Cynologique Internationale (FCI). In the past, some Saarloos wolfdogs were trained as guide dogs for the blind and as rescue dogs, but most dogs of this breed are currently kept as family dogs.