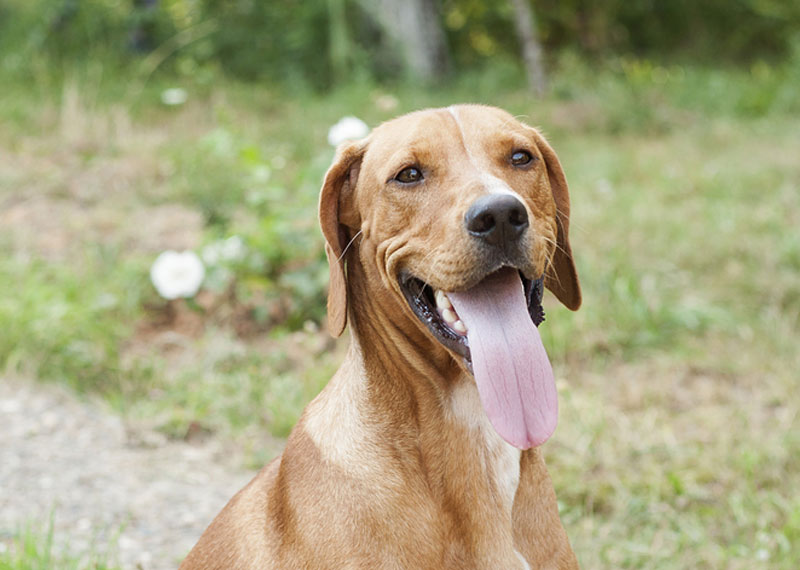 The Serbian Hound, previously known as the Balkan Hound (Балкански гонич / Balkanski gonič), is a pack hunting dog breed used in Serbia. It is red or tan with a black saddle, neck and cranium and red or tan face. Its head is flat and sloping, its muzzle pointed, with drop ears of the usual scent hound type. The Balkan Hound stands 17 to 21 inches (44–56 cm) in height and weighs about 44 pounds (20 kg). It is smooth-coated and coarse-haired. Described as pleasant natured and obedient, the breed is thought to descend from dogs left in the Balkan region by the Phoenicians in ancient times.The Fédération Cynologique Internationale changed its official designation of this breed to the Serbian Hound in 1996.The Serbian Hound is a very kind breed of dog, forming bonds with its family and owners. It is a lively breed and loves to walk and play with loved ones. The Serbian Hound is a very good worker with a tenacious nature that will not let it give up until it finds its quarry.

The Serbian Hound is one of a group of scenthound that spread throughout the Balkans. The first record of the Balkan Hound comes from the 11th century where a man called Frank Laska described the breed in detail, along with other scenthounds of that time.The Balkan Hound has been a permanent fixture in the Balkans throughout history with the first standard written for the breed in 1924; however, it was not until 1940 that the Fédération Cynologique Internationale accepted the standard which had been accepted elsewhere. The Balkan Hound was spread most widely through Serbia and, at a FCI meeting in 1996, it was decided to officially change the name to the Serbian Hound.Today, the Serbian Hound can be seen throughout its native country, but remains very rare in other lands.
Also called the black and tan.