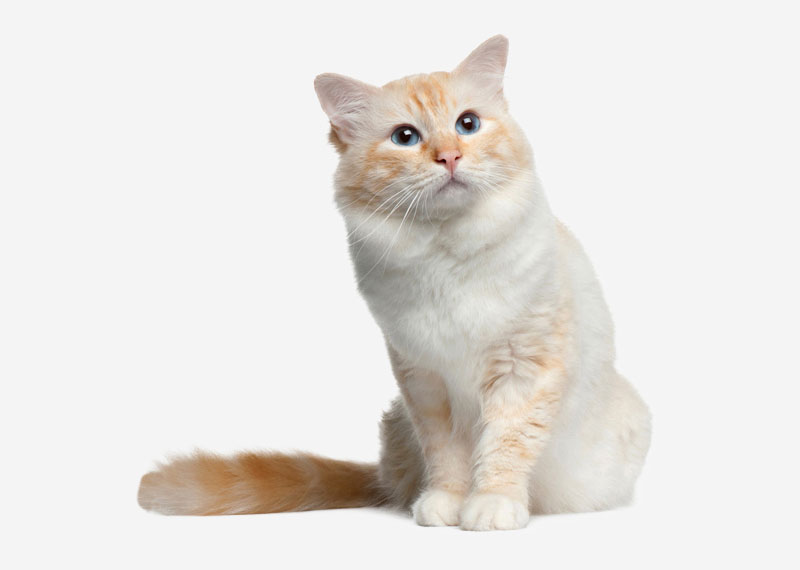 The Turkish Van (Turkish: Van Kedisi) is a longhaired breed of domestic cat with genetic origins in modern Turkey. The breed is claimed to be descended from the landrace of Van cats, mostly found near Lake Van, though one of the two original breeders has stated that none of the original cats used to found the formal breed came from the Van area. The breed is rare, and is distinguished by the Van colour pattern, where the colour is restricted to the head and the tail, and the rest of the cat is white; this is due to the expression of the piebald white spotting gene, a type of partial leucism. A Van may have blue or amber eyes, or be odd-eyed, having one eye of each colour. The Turkish Van is nicknamed the swimming cat. The breed was developed in Britain from a selection of Van cats obtained that came from various cities of Turkey. It was first recognised by a breeder/fancier organisation, the UK-based Governing Council of the Cat Fancy (GCCF), in 1969. The term "Turkish Vankedisi" is used by some organisations as a name for all-white specimens of the formal Turkish Van breed and is easily confused with the landrace Van cat, the Turkish name of which is Van kedisi.